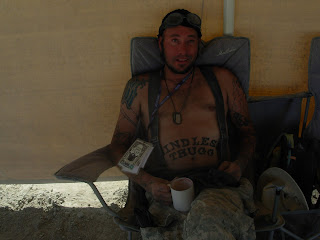 Survivors of Suicide met in Hamilton on International Surivivors of Suicide day, November 21st. The video panel presentation from the American Foundation for the Prevention of Suicide (AFPS) was a healthy, yet emotional, discussion of what its like to be put on this path by the hand of another.

Yet, gathering is good for the soul. I felt privileged to meet others who are in the same state of shock and healing as I am. The chatter after the panel was helpful and healing. I was reminded that Senator Harry Reid was the one who started this special day of remembrance in 1999 after having survived his own father's suicide. Hopefully, the American health care initiative currently being debated in the American Senate will include increased mental health care for those in need.

The holiday period from Thanksgiving through to the New Year is a time of family gatherings and a stall in the healing as wounds are ripped open again by the empty chairs in each family experiencing suicide recently. Be gentle with yourselves is the message for this season.

As for the AFPS, I can say it's one of the best not-for-profits that I've come across. The materials I received from this organization have been truly helpful in finding the path to a healthy view of suicide. It helps to set aside the idea of blame. The outcome could not have been prevented in Caleb's case, it was truly only a matter of time.

It helps to seek out the 3 H's: Hugs, Heroes who will hush up and listen to stories and friends who will Hang Out with us. The AFPS will hold a fundraising walk all across North America next June and I fully expect to ask for your support of my participation in the "Out of the Darkness" walk in June 2010. You've been warned!

Preparing to face the holidays has been like finding myself with my feet stuck in concrete again. I've been told that this effect lessens with years of experience. I have to rely on the expertise of those who have gone before me. And they are legion - in the US alone, suicide is the 4th leading cause of death and someone chooses this path every 16 minutes leaving behind survivors. I'm still looking for the Canadian numbers but, in general, ours are about 10% - our population in ratio to the American numbers.

Today I received a very special gift: a digital photo of Caleb in which he is obviously happy. One thing I've learned is that nearly no one wants to hear about Caleb and yet I still want to talk about him and what a wonderful man he was - despite the end he chose. Yes, I'm sad as we head into Christmas but I'm thrilled with this one gift. Someone else shares what I feel about a wonderful human who we must carry on without. Someone else captured Caleb in a moment of joy!
Posted by Deb Prothero at 8:55 PM Labels: AFPS, Black Rock Beacon, Caleb Schaber, Health, mental health, Out of the Darkness, suicide

hey Deb,
I hoped you survived through the holidays ok, I've been thinking about you sending you some positive energy for what it's worth. If you ever want to just talk about Caleb anytime you can contact me, I miss him and he was my friend.

Here's a big hug and hope you are ok!

Not pissed. Perplexed, as I said at the time. Be safe, talk soon.