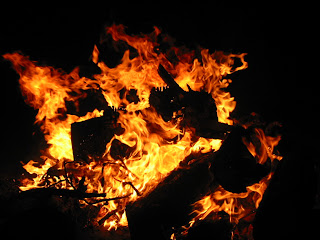 Violence against women is a personal experience for me. And I have the answer to why women don’t leave violent relationships. Are you interested?

Having lived in the virtual world for several months, I finally woke up last month to face my real one. This is that tale!

Let me tell you why women don’t leave. Right now, I’m forced to beg for $209 a month from welfare. I haven’t eaten a proper meal in three weeks – reservation cigarettes are cheaper than food so I chase away the hunger pangs by smoking between snacks of peanut butter and crackers. The electricity will be cut off on Tuesday and the gas will be cut off on April 1st. Now my house is being sold out from under me and I’ll be homeless momentarily.

You wonder why a visibly healthy-looking 40-something woman with obvious skills can’t work to support herself. My scars and wounds are invisible! I’ve had the life sucked out of me for 17 years and then just when I find the courage to get rid of this abusive animal, I face the best and worst part of my life.

I meet Caleb, spend 8 months with him – loving him, receiving his love and trying to help this wonderfully talented freelance journalist recover from war-time PTSD, then he dies. He doesn’t just die though, Caleb did life and death in a big way. Caleb shoots himself because he can’t stand living in an America for one more second that won’t help him get health care to get rid of the nightmares from Iraq and Afghanistan. He does this in front of me, splattering blood and brains all over me as I try to stop him.

While in an almost comatose state from that experience, I have been unable to hire a lawyer to protect myself from my ex-husband who has taken all of our retirement savings, the pension that I helped him earn, the good car and our vacation trailer. He’s living in a condominium with the belongings he trucked outta here while I was away helping Caleb. Now, last Monday, he drove the final dagger in. He and his fancy-pants lawyer forced the court to give him an order to sell the house we both worked for. I’m standing in court on Monday and the judge won’t even listen to me because I have no lawyer but I get to pay court costs!

So on Thursday, without my permission or consent, a real estate agent puts a sign on the lawn of the house I’m living in. The only way I can get online (at least til Tuesday when the electricity is gone) is to borrow an open connection from my neighbours (with permission) by sitting in the front of my library. Sitting here I can plainly see the real estate sign and dozens of cars slow down to look at my house and I cry. The last thing that I have any part of in this world is being taken from me. I finally got frustrated enough on Friday to tell the real estate agent that he can’t show the house so I’m probably going to be in jail after the next court date on March 29th for contempt of court for finally telling someone off.

Not that I haven’t tried to get help, mind you. Fighting against all the stuff in my head and the druggy haze of anti-depressants, I have sought legal help. The legal aid system is broken. I am qualified but there isn’t a single lawyer who practises family law that has been available for any of the court dates that have occurred. The only lawyer who has assisted me is the free one at the Womens’ Shelter and she is not allowed to represent me after giving me a one hour consultation a year ago!

The solution to keeping the house, I have been told, is to get financing for the remaining mortgage ($70,000) and find $40,000 to pay to my ex-husband for his share of the equity. Who on earth is going to let me sign a mortgage when I have been unable to work for almost a year! And if there was such a person wouldn’t they also be the type to take advantage – I was offered a 12% mortgage when the current one is 0.85%!!!! What a sick world.

I have worked nearly every day from 12 years of age until I was 48 and witnessed Caleb’s death, I have used up the sickness benefits or employment insurance benefits that are available and now I have had to start a monthly begging routine for welfare to get $209. And if there were a good Samaritan in this world to help me, the abuser would get paid $40,000 for taking advantage of me for 17 years. Or I go homeless (or to jail or a womens’ shelter) and penniless because he’s already told the court he’s taking all the equity when it’s sold or at least the part of my share that isn’t taken to pay his court costs. Grasping at straws, the other day I phoned my ex-husband about the stocks he bought me for my birthdays – he laughingly said he had to sell those to buy his condominium but he was upset because he had to unload some at a loss!

I have contributed so much to this world and this community that I live in that my volunteer hours beyond my regular work life are uncountable and yet I have been unable to find one lawyer to represent me in court, I have been unable to ask one friend to help in the real world except the ones I begged last month for a little money to travel to get some help I needed to get healthier, nor will I have a pot to piss in after this house is gone! What is wrong with this world!

I’ll tell you what’s wrong – this world is set up to suck money and spirit from hard-working people to line the pockets of the war industry, big pharma, stock brokers, bankers, real estate agents and lawyers. And abusive men. That’s what’s wrong.

If I had $1 for every hour I’ve contributed to good causes and organizations in my lifetime, I could buy my house from an abusive animal, I could find the courage to return to writing and contribute again. But I don’t. Where is that money? It’s in the pockets of the war industry, the pharmaceutical companies, the stock brokers, the bankers, the real estate agents, the lawyers and the media conglomerates who won’t pay for real content. That’s where it is!

Women stay in abusive relationships because they see all their sisters in the same boat that I’m in – homeless or in a womens’ shelter - and they figure it’s easier to take one for the team once in awhile, still having a roof over their head, clothes on their back and food on the table. And they witness the real estate agents patting themselves on the back by pretending to fund womens’ shelters while getting paid to flip the houses the women and children used to live in!

Right now in this moment, I could ALMOST take the asshole back because at least I would know that I could barbeque and eat the frozen steak I would put on my black eye! Ah, there’s the beef!

ALMOST, yet there remains a spark inside of me that craves life, love, liberty from abuse and a happy home. Some day the goddess will provide the courage I need to ask for what I crave! Besides steak is over-rated! 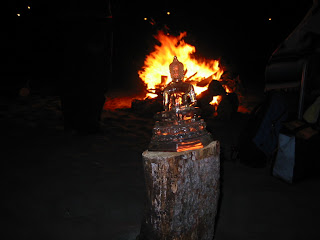